Get fresh music recommendations delivered to your inbox every Friday.
We've updated our Terms of Use. You can review the changes here.

Where The Fireworks Are 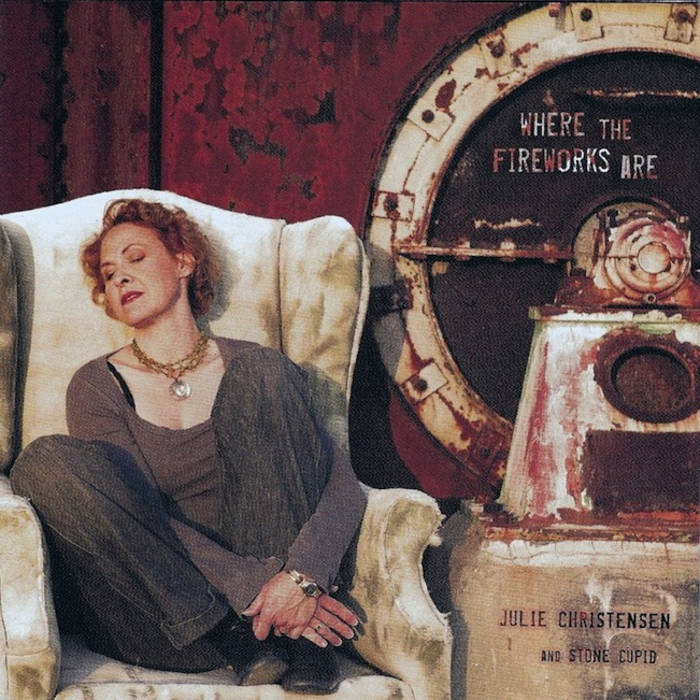 venom-og Sparkling voice from beyond the stars. Julie incorporates an array of emotion that seizes her audience. In other words: Glowing balls of gas that undergo nuclear fusion.

There's a seventies folk-rock bent to these songs addressing the state of a world out of balance. "--a collection.spanning the emotional spectrum. It provides an evocative musical chariot for Christensen to weave her vocal magic." -Brett Leigh-Dicks

Mastered by Paul DuGre in Burbank, CA
Additional Recording by
Jon Rosenberg at Systems Two in Brooklyn, NY,
Jason Mariani at Brotheryn Studios in Ojai, CA
Sean Ingoldsby at Real Time in Ojai, CA,
and Chris Foley at Sound and Vision in Ojai, CA
Art Design and Collage by Amy Schneider arose@ojai.net
Photos by Michael Kelly except disc image John Diehl
All vocals by Julie Christensen except where noted

Julie Christensen’s story is woven into decades of Roots Music. A veteran of Leonard Cohen’s bands, she co-fronts post- punk rockers Divine Horsemen, which rebooted to release new work in 2021.
In lockdown in 2020, she decided someone should record an entire collection of Kevin Gordon songs. The result, 11 From Kevin, will be released early 2022 on WireBird Records. ... more

Bandcamp Daily  your guide to the world of Bandcamp